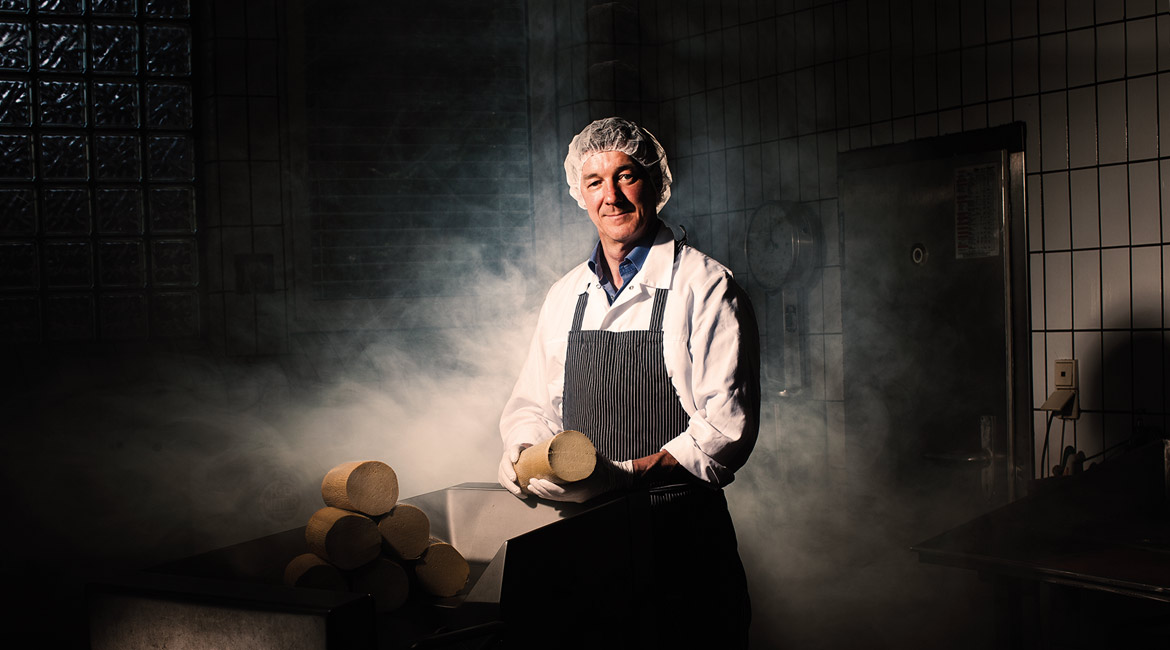 Max Breisacher is 54 and a butcher by training. Ten years ago he switched from meat to tofu. Today he aspires to make the best and tastiest products.

Can you imagine a butcher who doesn’t touch meat? You’ll find one in Emmendingen, in southern Baden. His name is Max Breisacher, he is 54 years old, and you’ll find no meat in his shop. For 25 years Breisacher ran a butchery. Then he decided to change and traded his entrepreneurial independence for a leading role in a production business. Breisacher became head of production for a major producer of tofu. He stayed with the job for four years.

Then, after a short break, founded his own company. Why? He wanted more. Not more tonnage, but more quality. Today he is one of a kind. A genuine original.

“Tofu must be tasty,” says Breisacher.

Consequently, he set himself the goal of producing the best possible tofu. That requires good raw materials, exciting recipes as well as superior technical solutions.

The key to his operation is a cutting machine from Rühle, the SR1. “I don’t know of any other machine that performs as well as this one,” says Breisacher. “I couldn’t do anything without my Rühle.” He proudly displays the tofu that he has just prepared. Clean-cut edges, equally sized pieces. “The deciding factor in the shop still isn’t the taste, but how it looks.” That’s what his Rühle is for. It helps him to turn totally ordinary tofu into something genuinely original.

The pre-packed items go to regional distributors, where they are sold to retailers. But Maxtofu also delivers to canteens and companies all over Germany. Even companies on the German stock exchange order tofu dumplings from Breisacher for delicious vegan meals in their canteens. The trend is catching on. But today customer demands are very different from what they were ten years ago. Then, it was all about offering some alternative meatless form of nourishment. Today that’s not enough. “Quality is the greatest good,” says Breisacher about his products and the way he makes them.

In this way, Breisacher has contributed to ensuring that tofu is perceived not just an alternative to the menu but as a tasty food in itself. He slices a chunk of spiced and marinated tofu into bite-sized morsels. “Try it,” he says. “It’s unusual! You’ll like it.”